Soil Vapor Extraction (SVE) is an in-situ remediation technology for the physical treatment of volatile and semi-volatile contaminants in the vadose zone (unsaturated soils) (EPA, 2012). Soil Vapor Extraction is also referred to as in-situ soil venting or vacuum extraction. It is based on a mass transfer of contaminants from the solid and liquid phases into the gas phase. Vacuum blowers and extraction wells are used to induce gas flow through the subsurface. This gas phase contamination is collected at extraction wells then treated in above-ground systems tailored for the volume and constituent of concern.

Sub-Slab Depressurization System (SSDS) projects have been increasing due to new air quality regulations. We have performed numerous projects.

Air Sparging, also known as in-situ air stripping and in-situ volatilization, is an in-situ remediation technology used for the treatment of saturated soil zones and groundwater contaminated with volatile organic compounds (VOCs). This technique involves the injection of pressurized air into contaminated groundwater enabling the hydrocarbons to change its state from dissolved to vapor state. The injection of air helps to flush the contaminants upward into the unsaturated zone where a vapor extraction system is typically implemented to remove the volatilized contaminants. This technology has beneficial side effects like adding dissolved oxygen to the contaminated groundwater and unsaturated zone soils. This enhances the biodegradation of contaminants below and above the water table.

An Interceptor Trench is a good option to intercept contaminated groundwater which is perched above a relatively impermeable soil. An interceptor trench is excavated into a relatively impermeable soil layer and installed for migrating contaminated groundwater to be intercepted and collected as it flows across the impermeable layer. The trench is typically installed across a contour of a slight to a moderate sloping area to intercept groundwater prior to influencing slope stability. Generally, trenches are constructed 2 to 3 feet wide and are lined with a quality geotextile and filled with an aggregate that does not clog. There is a one to a two-foot overlap of the geotextile above the gravel and below the backfill in the trench. Water carried by the trench pipe should be conveyed to a tight line (solid pipe) which transfers water down the slope to an appropriate treatment system prior to the discharge point. Trenches can be excavated with curves and bends to prevent cutting tree roots and hitting underground utilities. Trenches can be covered with topsoil and replanted to conform to your existing ground conditions.

In-Situ Chemical Oxidation (ISCO) Remediation involves the mixing or injection of strong oxidants such as hydrogen peroxide, ozone gas, potassium permanganate or persulfates. This can be a significant project cost savings that avoid inflated offsite treatment and disposal costs. In most cases, it prevents the generation of hazardous waste disposal and where it doesn’t the cost savings comes in a lesser disposal cost due to the reduction of contaminants concentrations.

Metals Fixation or Stabilization is achieved by mixing in-situ various proprietary chemistries into the metals contaminated soil. This technology can treat various heavy metals and the process happens within hours. This allows for expedient sampling immediately following the mixing to help speed up the waste characterization process. This technique prevents generating hazardous waste and ultimately becomes project cost savings.

Environmental Remediation Contractor restores the natural state and functionality of streams and river systems in support of biodiversity, recreation, flood management, and landscape development. Improved water health may be indicated by an expanded habitat for diverse species (e.g. fish, aquatic insects, other wildlife) and reduced stream bank erosion. Enhancements may include improved water quality (i.e. reduction of pollutant levels and an increase of dissolved oxygen levels) and achieve a self-sustaining, functional flow regime in the stream system that does not require periodic human intervention, such as dredging or construction of flood control structures. Stream restoration projects can yield increased property values in adjacent areas.

Wetlands Creation is the construction of a wetland in an area that was not a wetland in the recent past (within the last 100-200 years) and that is isolated from existing wetlands (i.e., not directly adjacent). In other words, creation occurs when a wetland is placed on the landscape by some human activity on a non-wetland site. Typically, a wetland is created by excavation of upland soils to elevations that will support the growth of wetland species through the establishment of appropriate hydrology.

Wetlands Restoration is the restoration of an ecosystem to a close approximation of its condition prior to disturbance. The objective is to emulate a natural, self-regulating system that is integrated ecologically with the landscape in which it occurs. Often, restoration requires one or more of the following processes: reconstruction of antecedent physical conditions; chemical adjustment of the soil and water; and biological manipulation, including the reintroduction of absent native flora and fauna.

A Constructed Wetland (CW) is an artificial wetland created for the purpose of treating anthropogenic discharge such as municipal or industrial wastewater, or stormwater runoff. It may also be created for land reclamation after mining, refineries, or other ecological disturbances such as required mitigation for natural areas lost to land development. Constructed wetlands are engineered systems that use natural functions of vegetation, soil, and organisms to treat different water streams. Depending on the type of wastewater that has to be treated the system has to be adjusted accordingly which means that pre or post-treatment might be necessary. Constructed Wetlands can be designed to emulate the features of natural wetlands, such as acting as a bio-filter or removing sediments and pollutants such as heavy metals from the water. Some constructed wetlands may also serve as a habitat for native and migratory wildlife, although that is usually not their main purpose. The two main types of constructed wetlands are subsurface flow and surface flow wetlands. The planted vegetation plays a role in contaminant removal but the filter bed, consisting usually of a combination of sand and gravel, has an equally important role to play. 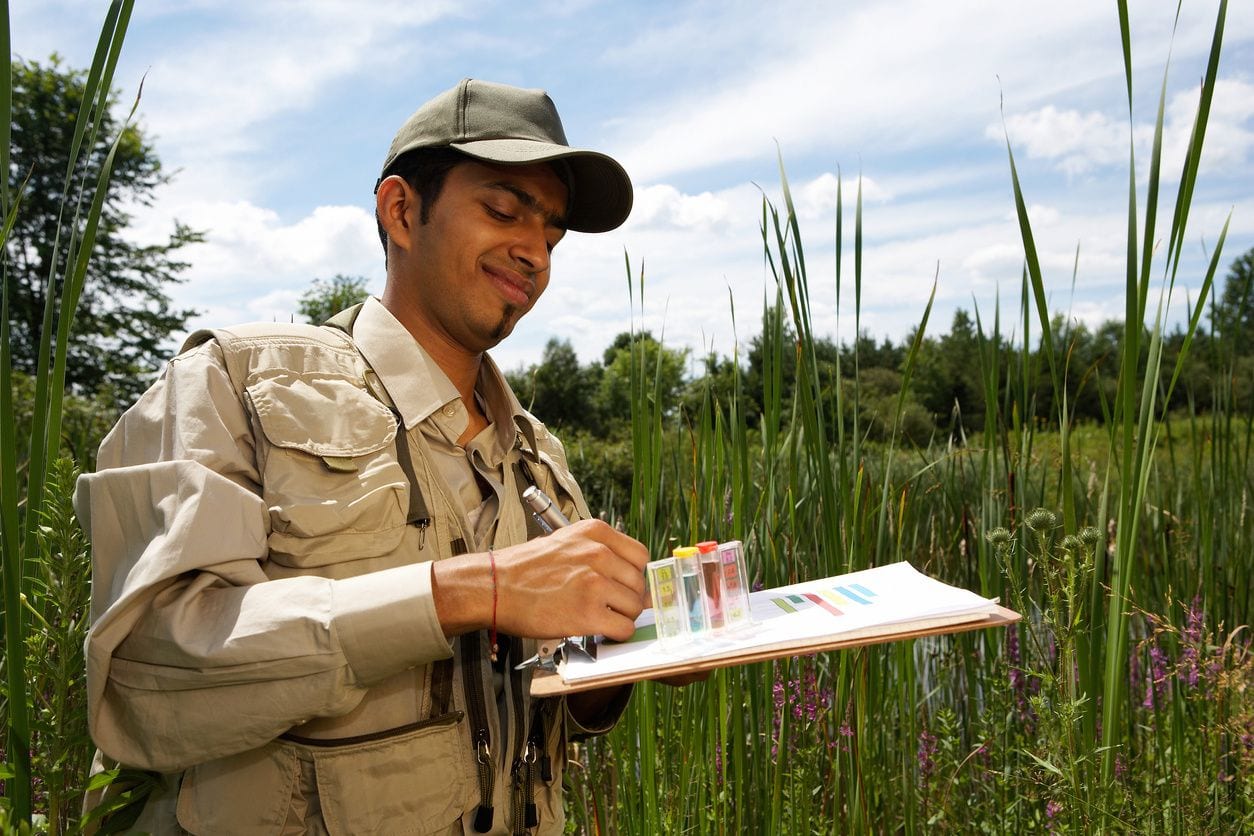 Predominantly we contract on existing or abandoned landfills performing various scopes of work. Repairing or reconstructing clay caps with liner if pertinent. Installation of welded HDPE pipe for leachate or gas collection piping. Installation of structures or storage tanks to support the leachate and gas collection system. Installation of leachate sprinkler systems to re-circulate landfill liquid waste. Managing onsite waste from excavations. Installation and implementation of erosion control measures and site restoration including seeding and mulching.

Excavation and embankment to install or repair reservoirs, low-head dams, canals, and shorelines. Installation of artificial impoundments or repairs to existing caused by settlement seeps, slips or slides from erosion. Dredging sediment and armoring banks.

Mass movements for slope failure can be caused by the increase in shear stress, such as loading, lateral pressure, and transient forces. Alternatively, shear strength may be decreased by weathering, changes in pore water pressure, and organic material on slopes of earth and rock-fill dams, slopes of other types of embankments, excavated slopes, and natural slopes in soil and soft rock.

Stabilization techniques vary depending on the site and many techniques can be used in tandem to achieve the desired stability. Techniques include, but are not limited to the following; Retaining Walls, Geo-web, turf reinforcement matting, gabion baskets, vegetation, plantings, geotextiles, coir logs, compost filter socks, embankment compaction, large stone or rip rap.

Excavation processes can be as simple as hauling the contaminated soil to a regulated landfill which is typically referred to has dig and haul. It can also involve aerating the excavated material in the case of volatile organic compounds (VOCs). Recent advancements in bio-augmentation and bio-stimulation of the excavated material have also proven to be able to remediate semi-volatile organic compounds (SVOCs) onsite. If the contamination affects a river or bay bottom, then dredging of bay mud or other silty clays containing contaminants may be conducted. Stabilization/solidification (S/S) is a remediation and treatment technology that relies on the reaction between a binder and soil to stop/prevent or reduce the mobility of contaminants.